WHAT IS ETHANOL BLENDING? 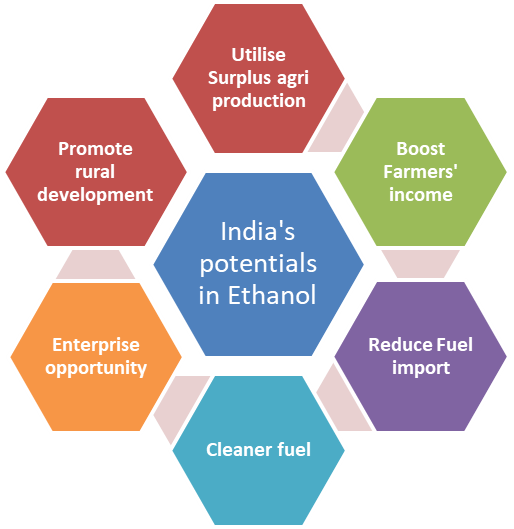 Q. “Ethanol blending will be crucial for India to achieve energy security and to transform to a thriving low carbon economy”. In this context, discuss the prospects and challenges associated with ethanol blending and mention the government initiatives in this regard?