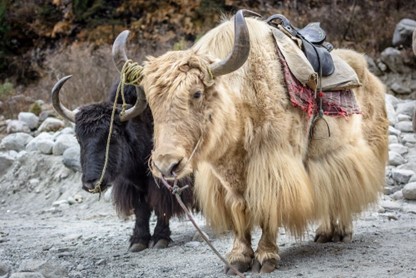 1. They are traditionally reared under a transhumance system

2. Food Safety and Standard Authority of India (FSSAI) has recently approved the Himalayan Yak as a ‘food animal’.