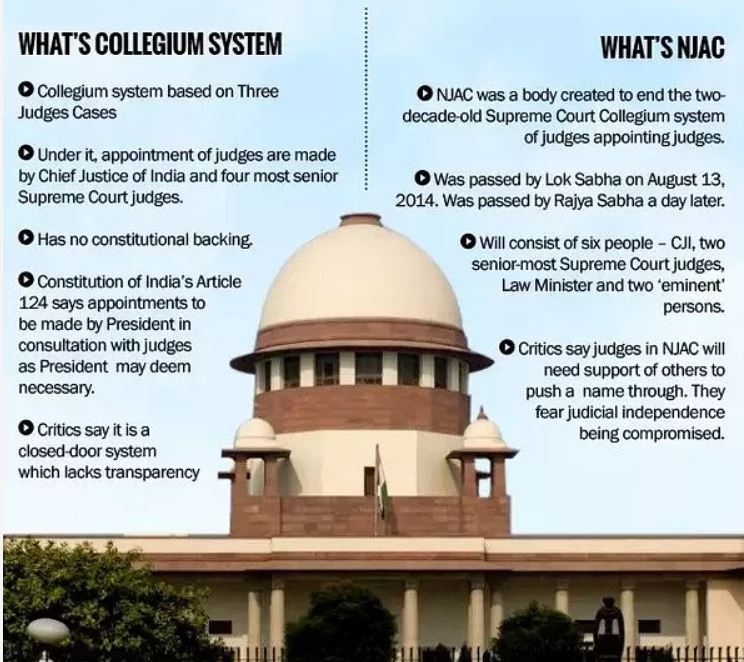 APPOINTMENT OF JUDGES- WHAT THE CONSTITUTION SAYS:

FUNCTIONING OF THE COLLEGIUM SYSTEM:

Until a better mechanism is evolved, the Supreme court has to take steps to make collegium more transparent and accountable. This requires a major re-engineering of the existing process of appointment, like:

However, in order to make the democratic principle of institutional checks and balances to succeed, it is desirable and essential to involve representatives of the people in the appointment process of judges. To satisfy the same, an independent appointment commission is the ideal choice.

But the government should not get a complete say in the selection process as was set out in the NJAC. Hence, unlike its predecessor, the new NJAC needs to ensure that while it puts in place a non-corrupt, efficient way of appointing judges, it is not seen as interfering in the working of the judiciary.

Q. ‘The present system of judicial appointments in India exemplifies the misalignment between the core values of judicial independence and accountability’. Discuss?