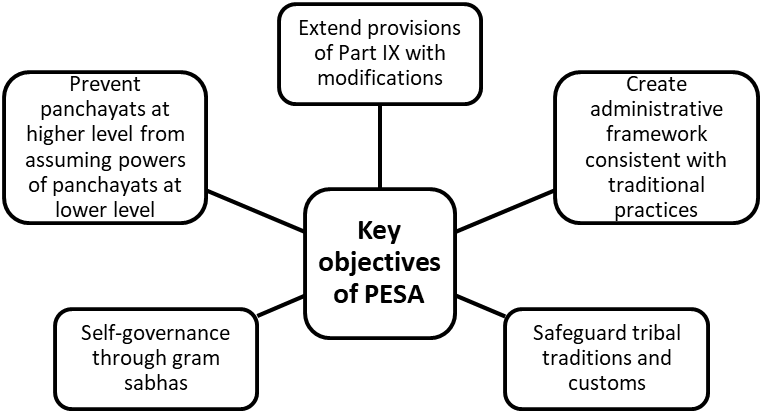 CHALLENGES IN IMPLEMENTATION OF PESA:

Q. Though perceived as an effort to restore the dignity and tradition of self-governance among tribal population, Panchayats (Extension to the Scheduled Areas) Act (PESA) has not lived up to its expectation. Analyse?