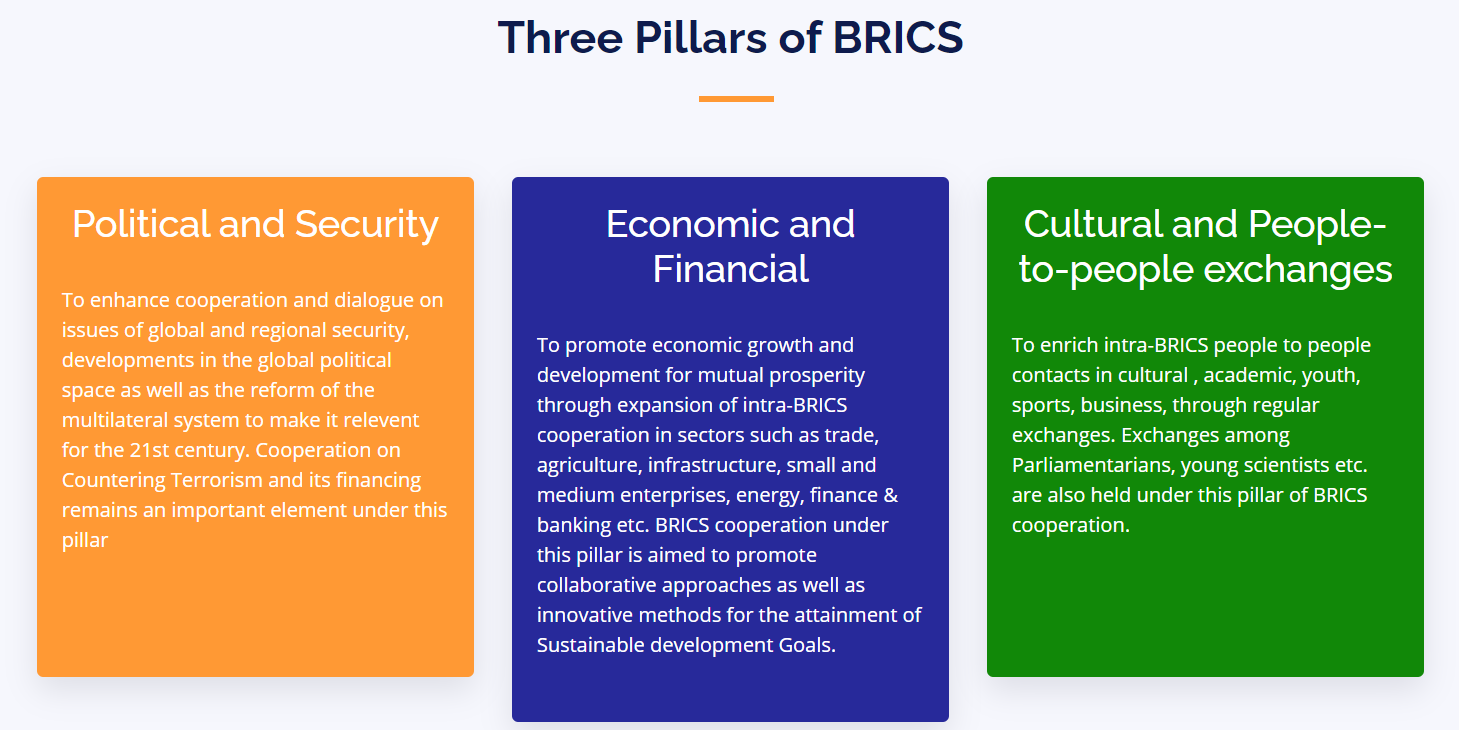 Since its first summit in 2009, BRICS has established more than thirty cooperation areas. The most prominent are:

WHY BRICS IS LOSING RELEVANCE:

WHY BRICS IS STILL RELEVANT:

Q. ‘If BRICS is to remain relevant over the next decade, its members must make a realistic assessment of the initiative's opportunities and address its inherent limitations’. Discuss?