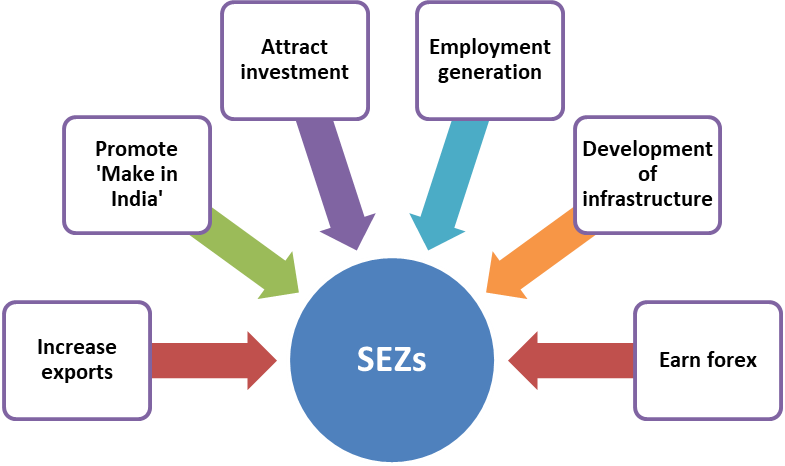 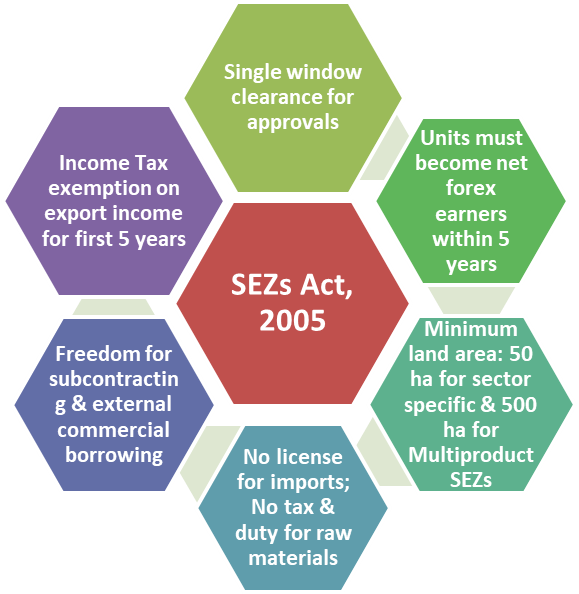 Ministry of Commerce and Industry constituted a committee headed by Mr. Baba Kalyani in June 2018 to study the existing SEZ policy of India and prepare strategic policy measures for their development.

Some of its key recommendations were:

Once a small, ancient village, the modern city of Shenzhen has evolved into a state-of-the-art tech and financial global epicenter. In 1980, the Chinese govt designated the town as one of four SEZs. It received special tax benefits and preferential treatment for foreign investment. Shenzhen grew exponentially and its GDP per capita grew 24,569% from 1978 to 2014. Its success is attributed to factors such as the geographical proximity to ports, strong domestic market, large size, decentralized management and investor friendly policies.

Q. Discuss the salient features of Special Economic Zones. What are the challenges faced by them in India?