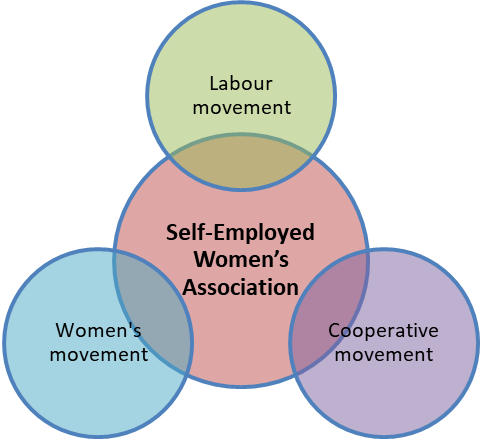 With the Gandhian principles of Satya (truth), Ahinsa (non-violence), Sarvadharma (integrating all faiths, all people) and Khadi (propagation of local employment and self-reliance), SEWA has been working with the twin goals of:

Q. “The success of SEWA provides ample proof that women’s organisations can reform our society in a healthy, non-violent and sustainable way”. Elucidate.